Back to all posts

Ayako is excited to announce that her new piano trio album "Some Other Time" has been released on August 28 2013 worldwide. 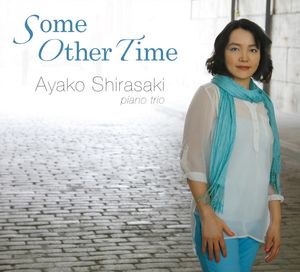 "Quite possibly the best take on "Oleo" since Sonny Rollins put it out there! Ayako Shirasaki sets the keys and ears ablaze with her unique blend of class, sass and pizzazz on the thoroughly engaging Some Other Time!"
- Dan Bilawsky, writer for allaboutjazz.com, June 19, 2013


"Ayako Shirasaki on 'Some Other Time' shows yet again that she is a delicate dynamo of poetic energy and taste. Whether playing an original or a familiar standard, Ayako's whisking attack infuses the piano with an emotional, organic quality. In her hands, we hear the instrument sigh, pant, rant and rave―with notes becoming a bouquet of exotic flowers." ―Marc Myers, JazzWax.com


"one of the most enjoyable and impressive albums of the year." --- Jeff Winbush, allaboutjazz.com